I have a line on one of these in a Warrington cab. The chrome is in very nice condition and the cabinet is clean. I'm looking for opinions on what this should go for? I'm thinking of putting in an offer. SN looks like "Z"-634. 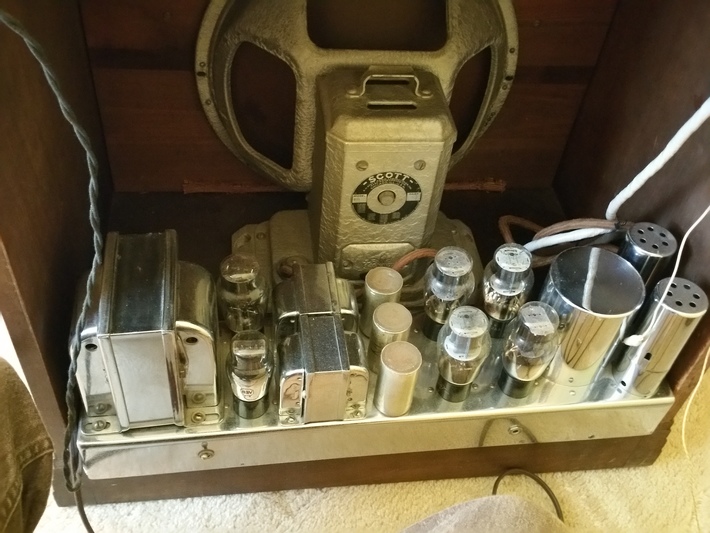 NICE.  and great cosmetics.  A rare model, Last I knew, Kent had about a dozen of this model in his serial number database.

With those style eye escutcheons, I suspect a later build. Kent has the subsequent serial number (Z-635) on his data base as an AW-27 as well. Your photo has the extra long amp as expected, to accommodate the pair of driver tubes displaced from the receiver. And appears to have the expected 15 inch pedestal speaker in lieu of the 12 inch of the normal AW-23.

Did not realize the Warrington cabinet could accommodate the extra long amp, Several AW-27's have appeared  in a Waverly cabinet.

I will not suggest a value. however. But somewhat more than an equally nice AW-23 example. I consider the Warrington cabinet an entry level cabinet as it is 1) commonly seen and 2) was low cost at $30 (and sometimes offered free) compared with number of other cabinets Scott offered at considerable higher cost. The optional tweeters add to value if present.

I have a an AW 27 in a Warrington cabinet.  Do you know if the tweeters are present or ever were present?

This one has the 15" pedestal but no tweeters. It appears as though the original blocking plates are still there.

Thanks Scott, that helps.

Scarce set, I really like them. Oddest part of the AW27 is the complete lack of info on these. Scott published so much stuff on his sets, yet these are truly orphans for documentation. Basically, an AW23 with a built in expander and a 15 in speaker, it is a super sounding set.

Good to know Kent. I'd love to pick it up however, I think that what the current owner wants will be too rich for my pocket.

There were some "Quaranta" labeled schematics packed near the radio. I have the copies and will send them forward as soon as I return home from my business trip.

I'm happy to help in tracing the history of this fascinating company.

Is this the rarer 15" cast basket speaker ? The set is on its way to Moline soon. 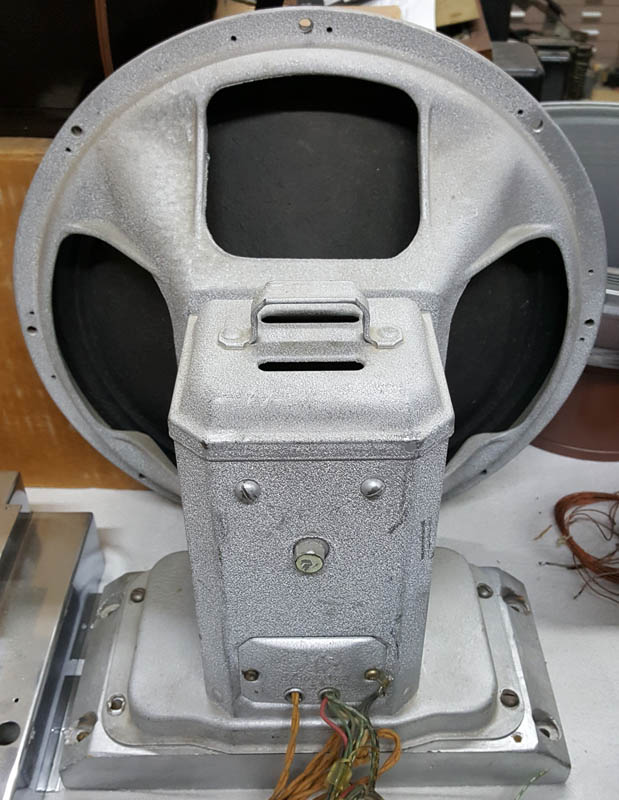