I haven't seen any black film caps.  Sal has black electrolytics.  I only use name brand capacitors that actually have a datasheet.  Nichicon or Panasonic for electrolytics, and I love the Panasonic ECQ series for film.  But I agree, I hate seeing yellow capacitors under a chassis.  They just stick out like a sore thumb.

As for restuffing, you need to pick your battles.  As seen below, I chose to add a terminal strip and install new Nichicon capacitors underneath rather than restuff the electrolytics on top of the chassis.  Why cut open one of the top capacitors and have a seam showing?  I did restuff the 2 underside capacitors.

As for the 2 paper capacitors, I thought about just using some glue to hold them in place without being connected, but probably won't.  This amp/PS is a far cry from the rust bucket it was, and I think I will leave well enough alone. 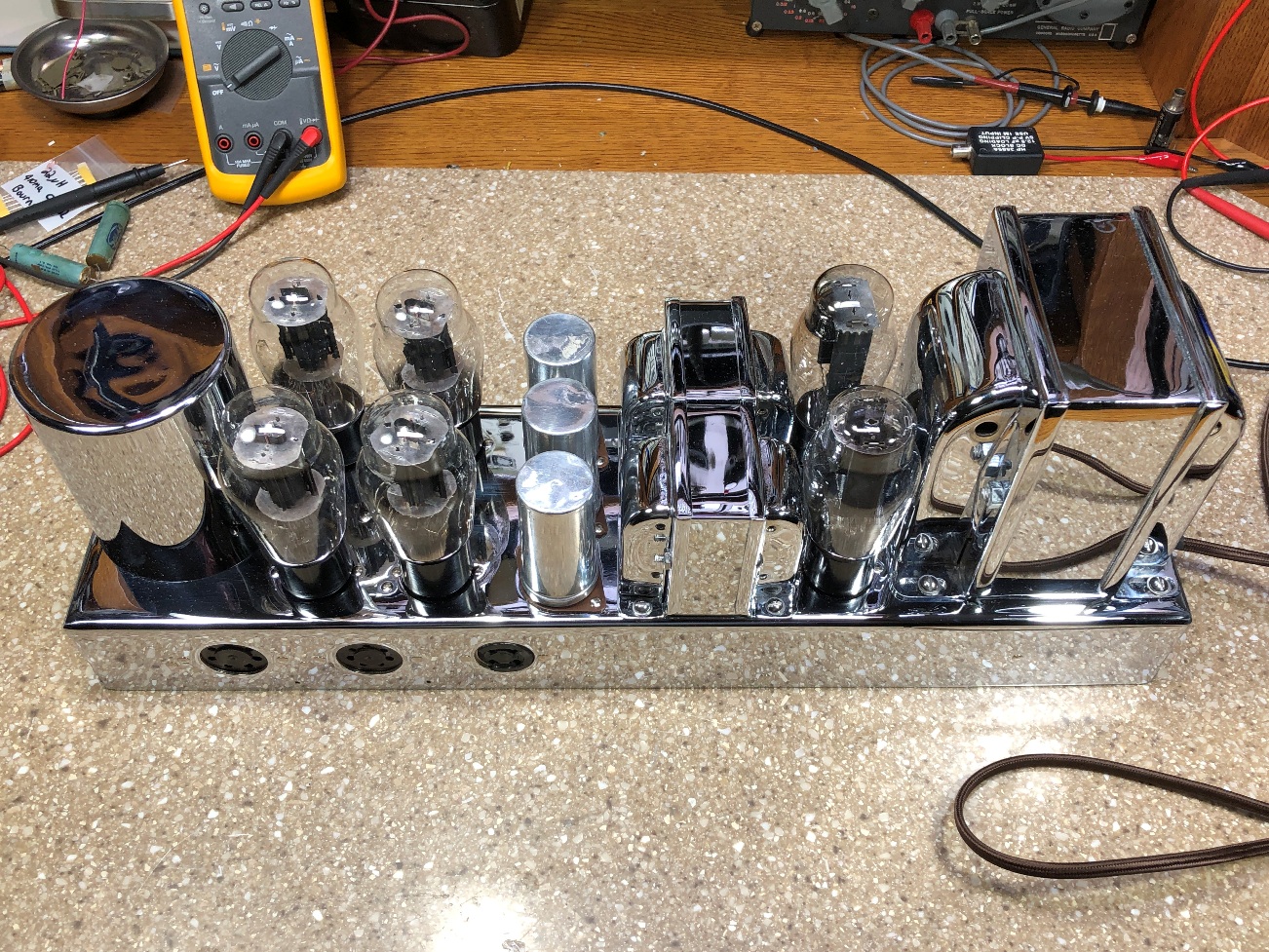 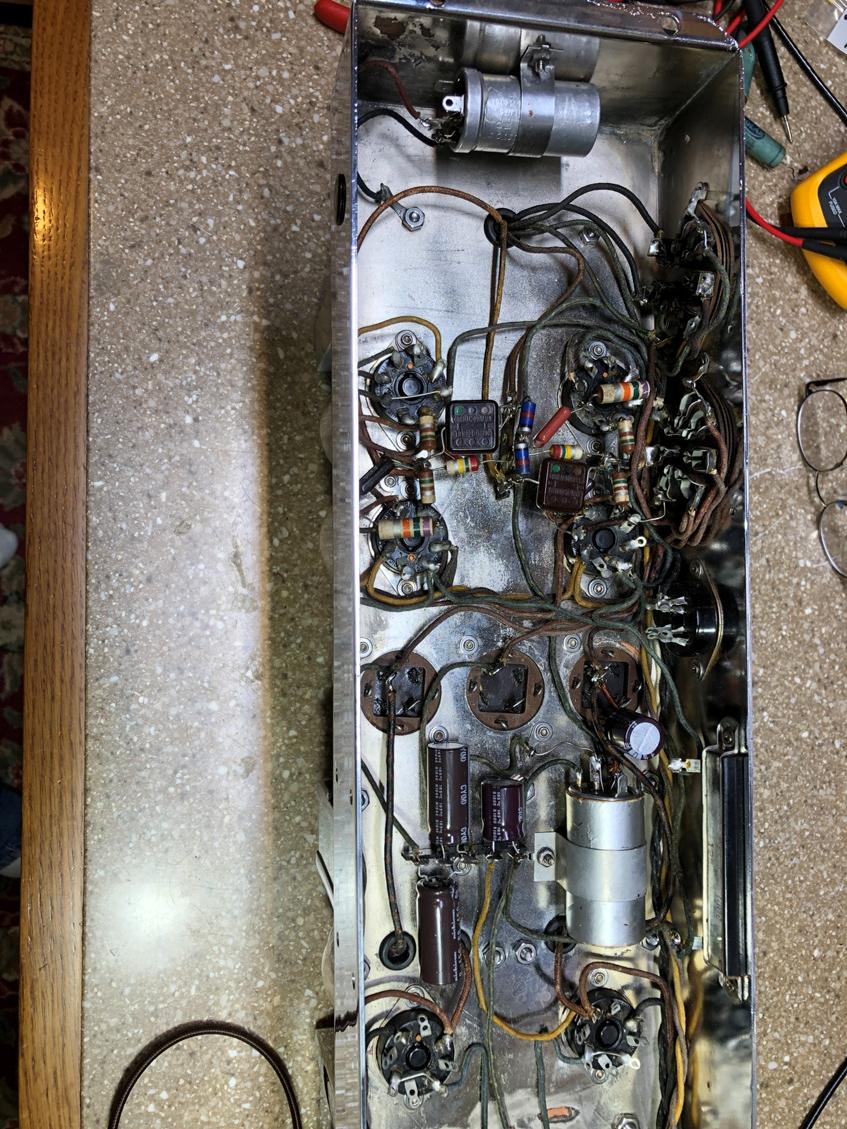 I think he's referring to these, they still have yellow ends though. If you ever need some caps, I've been saving them for years and have (most likely) more than I will ever use. Let me know when you are restoring and what you need...

Any of the caps in this radio that were still original received the re-stuff treatment.  I just isn't that hard to do.  I dislike the looks of the Chinese yellow caps.  However, when the originals are gone, one has to resort to Mike's strategy, as I have done also.   But since there were so many and I wanted the radio working very soon, yellow it is!  I don't have a huge inventory of old caps to re-stuff and the ones I do have say Zenith or Philco on them.

Mike, I don't think I have ever seen a "Scott" capacitor!  I like it.

Thanks, Kent!!!  I may need to do that on one of my next Scott projects.  I'll let you know.