First of all, I want to thank you all for your contributions here on this blog in the way of comments and content listed in the Scott Info. Archive. I have always been interested in the history of the things I collect. Scott radios are not new to my radio collecting. I purchased a Philharmonic Beam of Light console in the Warrington cabinet over 15 years ago and I acquired an AW 15 in an Acousticraft cabinet a couple years ago. I’m a member of the Radio Collectors of New Mexico and we have some members with some serious Scott collections so I’ve had the good fortune to be able to spend some time listening and comparing the may of the Scott model with the McMurdos and event the Zenith Stratosphere models. My professional background is Advertising and Public Relations so, I have also have real interest in marketing behind these great chrome chassis radios.

The reason for my post today is to see if the members can help understand more about Scott’s obscure AW 27. I’ve learned from all the great information posted hear that there are around 20 of these radios found at this time. There is no known AW 27 Scott promotion ads, brochures featuring the radio, no owners manual or factory schematics known to exist as well.  I have also learned the following here from reading through the Scott Archive newsletters and reviewing a newsletter article on the production of the Zenith Stratosphere on another site here over the weekend:

There are several events that seem to happen that leading up to the AW 27 coming on to the scene in 1936.  In 1935 E.H. Scott steps up his marketing efforts with the company’s introduction of the AW 23 receiver and their Quaranta hi-fi system, shown to the public for the first time a the grand opening of Scott’s listening solon in Rockefeller Center at the end of 1935.

It is worth noting here that in 1935 Scott only real competition in the custom built radio market came from the company’s established revel McMurdo and their McMurdo IV introduce about the same time as the AW 23.  1935 was also the Zenith Radio Corporation’s first full year of marketing their new entry into the custom built chrome chassis market with their 25-tube, 1000 Z Stratosphere radio receiver. Zenith did not get they’re less expensive 16-A-61 and 16-A-63, 16-tube Stratosphere radios to market until the fall of 1935. We learn from Martin Blankenships fascinating story published on the Zenith Stratosphere in 2007 issue of the HILARA newsletter that it was Scott’s success with their AW 12 in April of 1933, as Scott went into full promotion mode during the 1933-34 Chicago Worlds Fair, that sent the President of Zenith, Commander McDonald into motion to direct his company to develop custom built radios to compete in the custom built radio segment of the radio market. McDonald was tiring of attending social functions in Chicago and Scott being the talked up as the world finest radio. Approximately 20 months later Zenith would ship their first 1000 Z for sale on December 15, 1934, totally missing any opportunity real of capitalizing on the Christmas selling season, at time when radio sales were at its highest.

All this above sets the stage for some interesting observations from what I’ve learned from reading the newsletters here on this site. A year after the introduction of the Zenith Stratosphere in December of 1935 Scott would their New York, City listing solon in Rockefeller Center, where their was as captive population of 100,000 people, may with well paying jobs in a Depression .  The solon was set up demonstrate the AW 23 in the many different cabinet styles. Also, Scott had on display their Quaranta speaker console and chassis consoles at the opening of the solon. Once again, like in 1933, Scott has a big marketing push going on to promote their newest Allwave receiver. The Quaranta on display made for good publicity setting Scott in a league far above its competitors.

In April of 1936, Scott would introduce their Allwave 27 at about the same time they opened their Los Angeles listening Studio/Solon and service laboratory. During this opening a California customer’s 40-tube Scott Quaranta is on display, like at the New York solon opening. At this opening AW 23 models were on display and most likely the AW 27 because they were introduced in April of 1936 according to the Clark, King and Poland’s “E.H. Scott Collectors Guide. Scott had his third Quaranta being assembled in his LA studios lab, which he shows his visiting guests according to their May 1936 Newletter. The new Studio/Solon was strategically located near the  upscale West Hollywood, Beverly Hills districts. According to the newsletter the Scott grand opening was well attended by Hollywood directors, producers and actors. These Hollywood elites were part of Scott’s target audience and the company’s highly focused marketing strategy to sell their newly expanded higher-end custom built hi-fi radio systems, that went beyond marketing their regular Scott Allwave 23 radio sets.  Interestingly enough an AW 27 shows up in Scotts January 1937 Scott Newsletter on a page titled “IN THE FINER HOMES YOU WILL FIND SCOTT.” On that page is an AW 27 in a Ravinia Grande cabinet shown to be in the home of Hollywood actress Winnie Lightner.

With all of this said, my questions to members here on this blog are as follows: Are their any other images or mentions of the AW 27 in Scott Newsletters like the Winnie Lightner AW 27? It looks like AW 27 was created by Scott as and up sell in 1936 that Scott used in their newly created Scott listening solons on the east and west costs. This could explain why there is no Scott promotional material on the AW 27 in existence at this time. If there were material they were not wildly circulated like on the AW 23. Scott may have only sent letters to solon customers leads. This may have been a way to something put more custom touch in these wealthier clients Scott was trying to target with their solons. Zenith had a very high-end brochure produced for it’s 1000 Z Stratosphere, whit tissue overlays, a glued in real color photograph printed on paper stock that would rival the most expensive wedding invitation. The only 1000 Z brochure I’ve ever seen is the one I own. Zenith sent out letter with photos to like Scott did. Maybe Scott did the same for their AW 27.

Do any members here on this site have any Scott correspondence in their collections that mentions the AW 27 that could help shed any light on the subject on how this AW 27 were promoted to customers?  Also, what is the source for the April 1936 introduction date for the AW 27 published in the E.H. Scott Radio Collectors Guide?

Sorry for the length of this post in order to get to these questions, I though the members here would be interest this subject since so little is know known about these great radios.

Thanks for your help!

Well - One change from 2017 is we have 20 AW27 sets now. Like Dave said: if you have an AW27 - tell us what cabinet it is in and if you have a phono or other accessories with it. Mine is in a Waverly Grande cabinet, but the phono (which was probably there originally) is missing. Ok....go!

Looks to be original to the cabinet 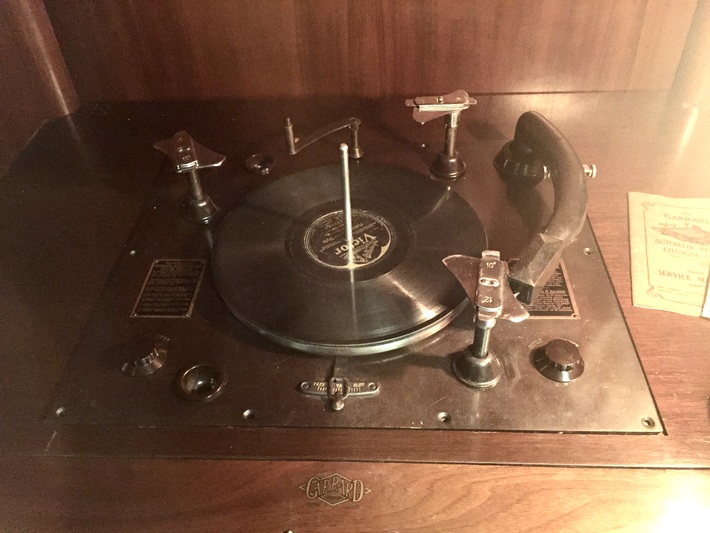 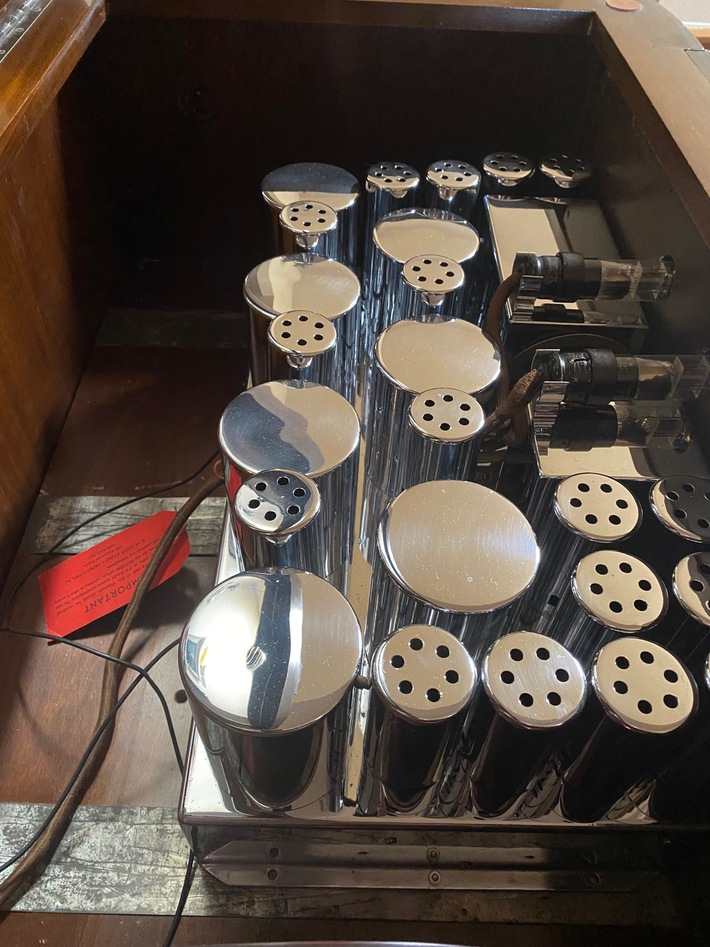