Can anyone please help,

I have recently managed to get my hands on a masterpiece v, but unfortunately someone in the past has removed the bass boost inductors from the output of the expander circuit, finding some iron to rewind the coils is the easy part, can anyone please tell me what the values of these inductors should be.

I have located all of my MPV literature for you.  I will send via email this weekend once scanned.  A majority of this scanned literature came from fellow collectors and friends in the past, whom I would like to thank again.  I have these individuals to thank for this information and will have all scanned for you this weekend.  I have several original copies of literature I will scan as well.  I will return via personal email as we have previously conversed on.  I will also email pictures of my MPV for you as a reference for your restoration.  I will eventually tackle this MPV restoration here on the forum.  E.H.'s competition during the MPV run, the fabulous AW-23!

There has been more going on in this radio than I hoped for, apart from the bass choke, the second if transformer has been swapped out at sometime, whoever did the job knew what they were doing, as I didn't find the change until I removed the cans.

The other mess, the rats nest around the tone controls I'm slowly sorting out, so the scans will be really useful, the expander has been hacked as well, the control pot has no connections, and there is a 500ohm pot fixed to the inner chassis that has also been disconnected.

I have already found an error in the published schematic, but would like to confirm this with your documentation.

Sounds like you have a bounty of issues at stake.  I will have that info and reference photos to you Saturday or Sunday via email!

Here are a few photo's of what has been going on with this chassis,

this is what has been done to the treble control. 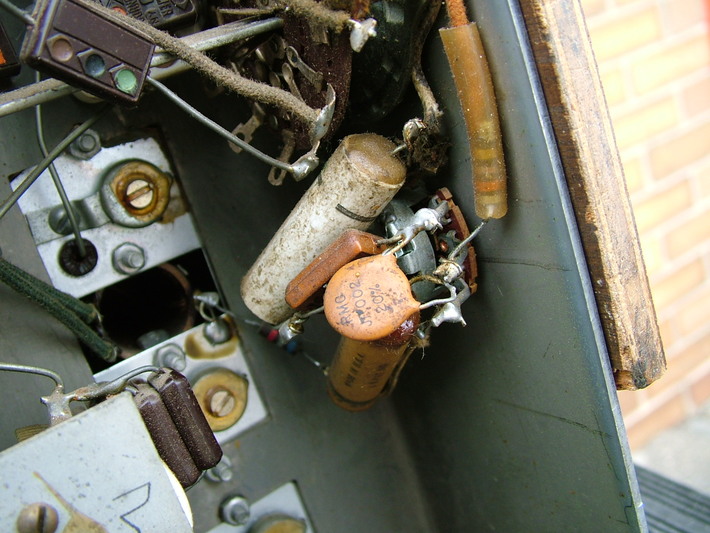 then there is this, the pot has been completely removed, measures 500 ohm, 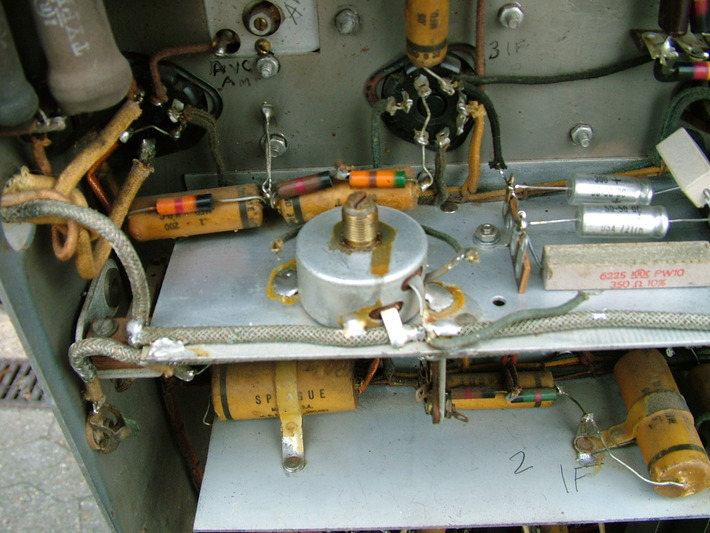 and the bass boost choke has completely gone, I think that I have my work cut out on this one,