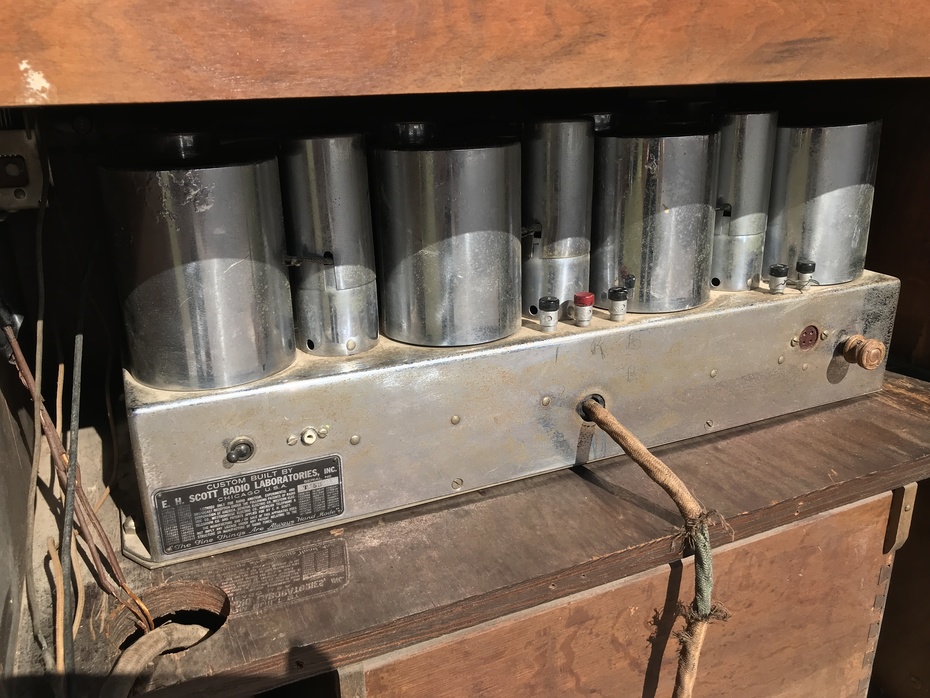 Signal strength (listening volume) varies with the power of the radio station broadcast equipment, the distance from the radio station transmitter and atmospheric conditions. AVC helps 1) even out the volume of the radio when tuning from station to station  and 2) steady the program listening volume when poor atmospheric conditions cause station to fade in and out. AVC was a new feature in the early 1930's.

I will try to find the serial number project.

In lieu of that:

Appears to be the back of the 12 tube Scott Deluxe or Deluxe with AVC, probably the later AVC version

The control to the far right of the back is a tone control, to cut the higher frequencies during poor reception conditions and on short wave.

Is there a side mounted 2 knob short wave antenna tuner mounted on the right side of the cabinet?

Someone added a switch and a RCA audio socket above the serial number tag.