I would like to give a big thank you to all of those involved with the resurrection of my pointer dial Philharmonic,

grand switch on was last Saturday morning, no smells no smoke, broadcast band ok, shortwave ok, longwave dead with the eye closed, looks like there may be  some attention required here, also the radio seems to be a little deaf, all tubes have been tested and all of the resistors are within 10% of their marked values, so I think that alignment would be a good idea,

the radio was playing for about an hour on the bench, no mains hum and plenty of good quality audio,

I have attached a couple of photo's of the under chassis, before and after. 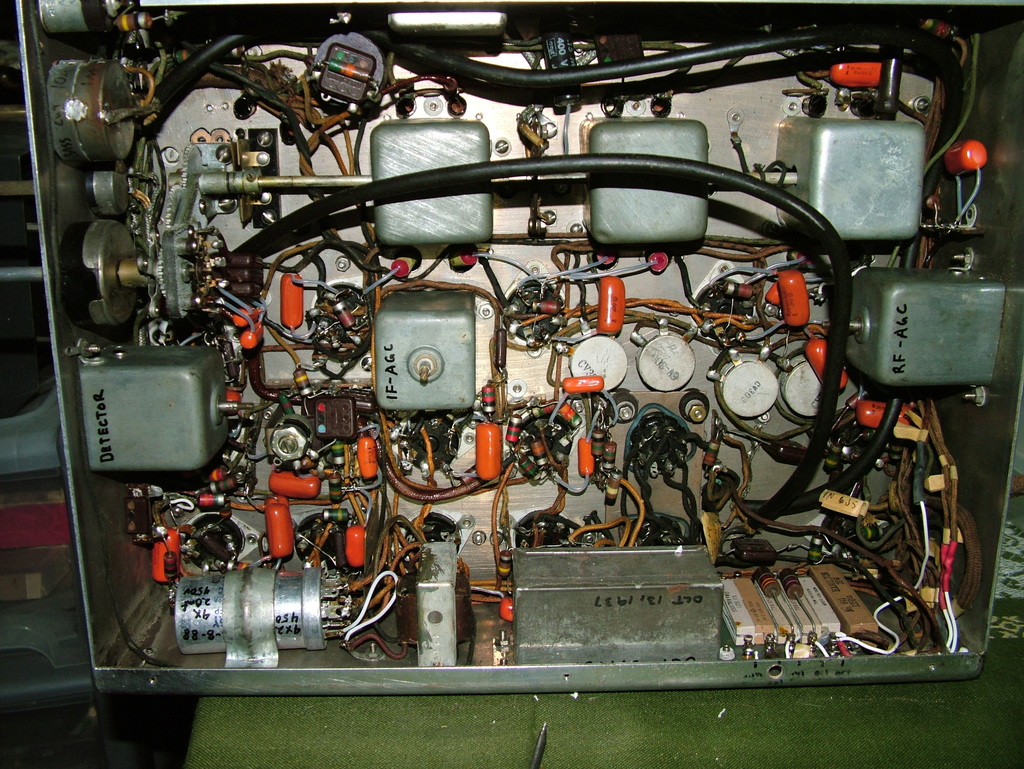 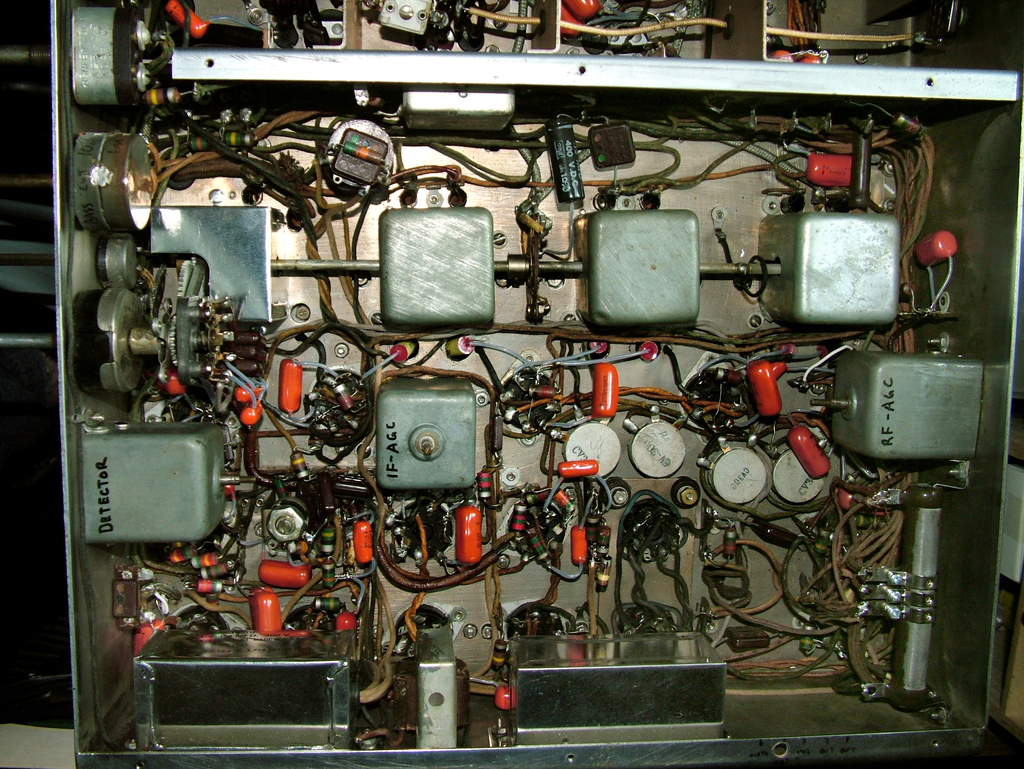 I can't thank you all enough, you have made a chore into a breeze.

Congratulations on your success with this excellent radio! I'm sure you will get the Low Wave band working too. There may not be much to listen to there, but you may find some government and amateur activity on that band.

With a long term project like this it's best to keep chipping away, rather than trying to get everything done at once, the slow route allows much more thinking time, so that the job is done well first time rather that having to re-visit past efforts.

The chrome is well gone and the tube cans have bubbled, but that doesn't matter to me,

there was also a lot of modifications done to the chassis, some of the old cloth wiring had been removed and replaced with what looked like rubber insulated screened power cable, the thick black wires in the first photo,

and there was the usual collection of wrong components that we find in a radio of this age,

someone replaced the paper caps with orange drops in the past, nice job with ptfe sleeve on the leads,

but only on the caps that showed, the two caps under the tuner cover, the block of seven 0.5mfd, and the two 0.5mfd caps on the local oscillator heater (they were fun to change) were all original,

really this was heading the way of a parts set, but I wanted a Philharmonic and this was the easiest route for me to take, another one saved,

rough around the edges but a worker now things have been put back to original.

And a good learning opportunity.