Replacing the 7 capacitors in the Bass Box

My Philharmonic had a number of problems when I first began to repair it. Once all the major problems were taken care of (thanks mostly due to several very helpful people on this forum) I finally got around to the nasty bits. There is rectangular box under the chassis which I think is called the Bass Boost Box. All seams are fully soldered together and the wires that leave it come out just one hole. It was recommended that I change out all of those capacitors. I saved that job for last.

I did not want to cut the wires and then work on the box away from the radio. I wanted to preserve the original wires which were in very good condition. So, again as someone recommended, I opened up the bottom side of the box just like a sardine can. I used a cutoff disk on a rotary grinding tool. I found there were actually two layers of metal. Underneath them there was cardboard and below that I found black tar that the capacitors were embedded in. I heated the tar with a heat gun and poked at the wires with an old screwdriver until I was able to pry loose every wire. Then I took the box to my driveway and got out the rest of the gunk and the capacitors (they looked like little matchbooks). Finally I made two capacitor packs and used some coax braid to make two separate grounds to the box. I also used a new grommet in the hole where the leads come out.

Some photos are below. The first one shows what it looked like before anything was done. Note the 1939 date stamp on the box. Also, the old voltage divider resistor is still there (along with the messed up wiring). Unfortunately I do not have any photos of the old black tar and messy capacitors. I either lost those photos or did not take them. It's hard to recall at my age. 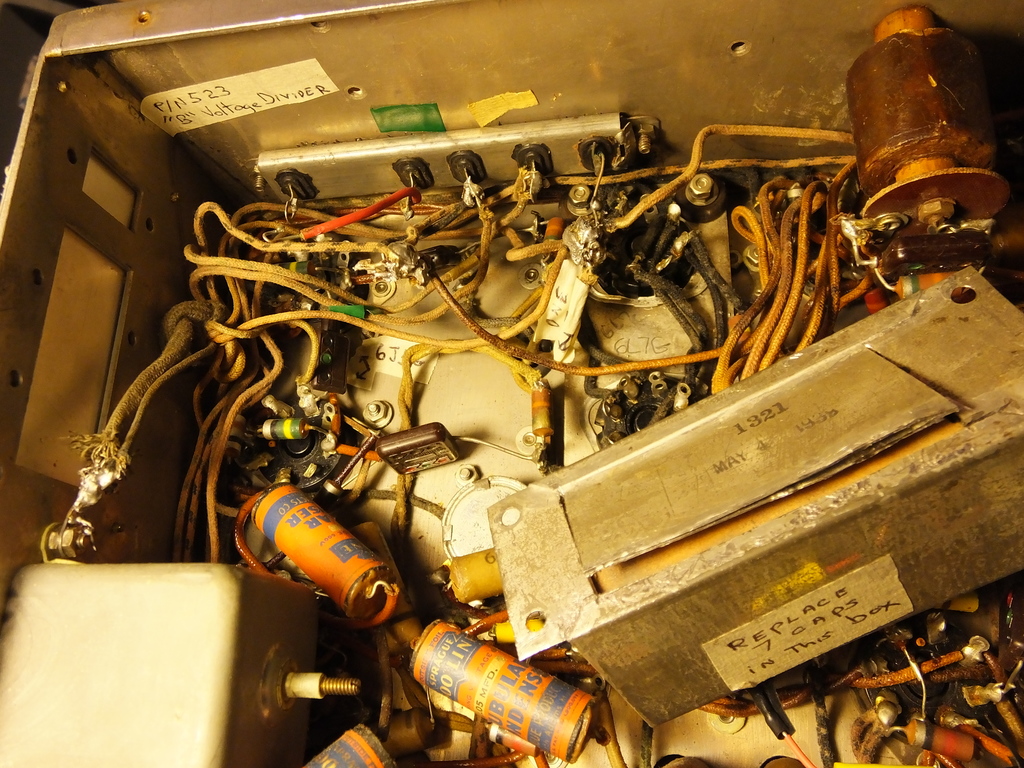 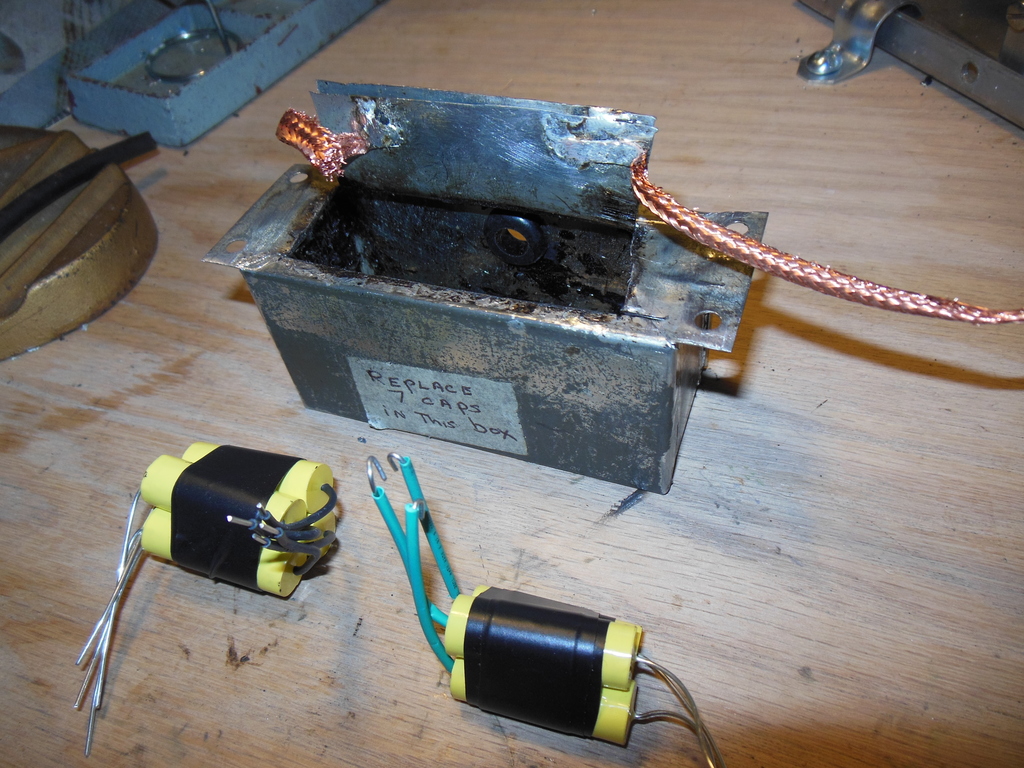 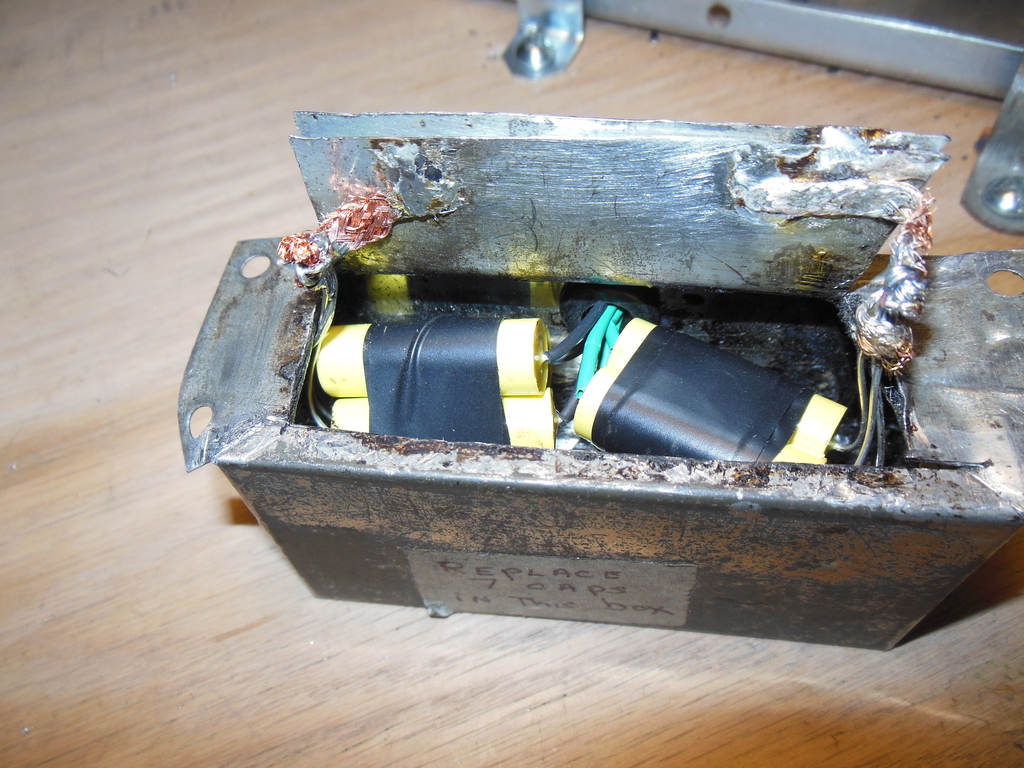 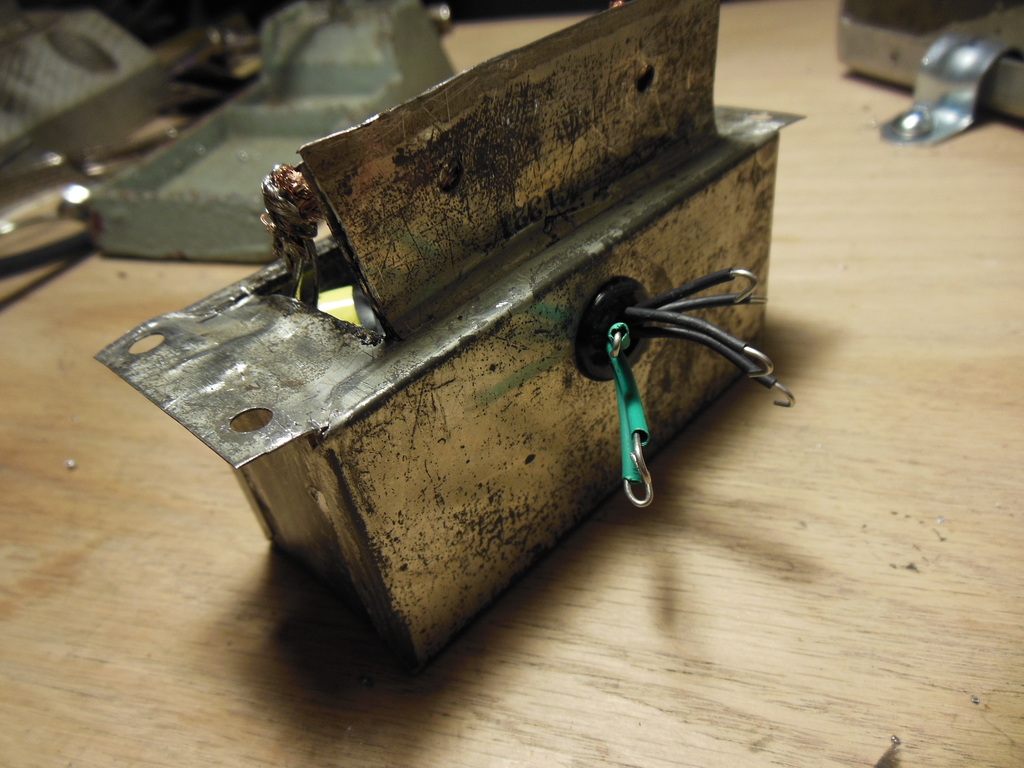