I'm new to this group, so please make allowances.. :)

A friend and colleague inherited a beautiful Scott Allwave 15 and has asked me to help him get it going again.   This is the first E H Scott radio I've had the privilege to work on, and I've been collecting documents and reading this discussion group to get going.

At this point I have only the tuner and ps/amp chassis, and I'll need to get my friend to bring along at least the speaker before powering the radio up.  But in the meantime I've been assessing what's there.

The radio is in what seems to me to be amazing condition.  The chrome finish is nearly perfect, and the tuner looks to have been unmolested.  The power supply/amp.. not so much. 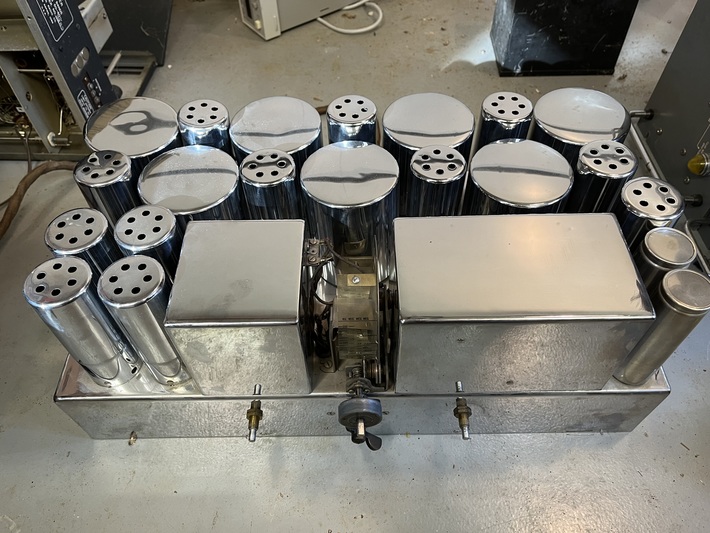 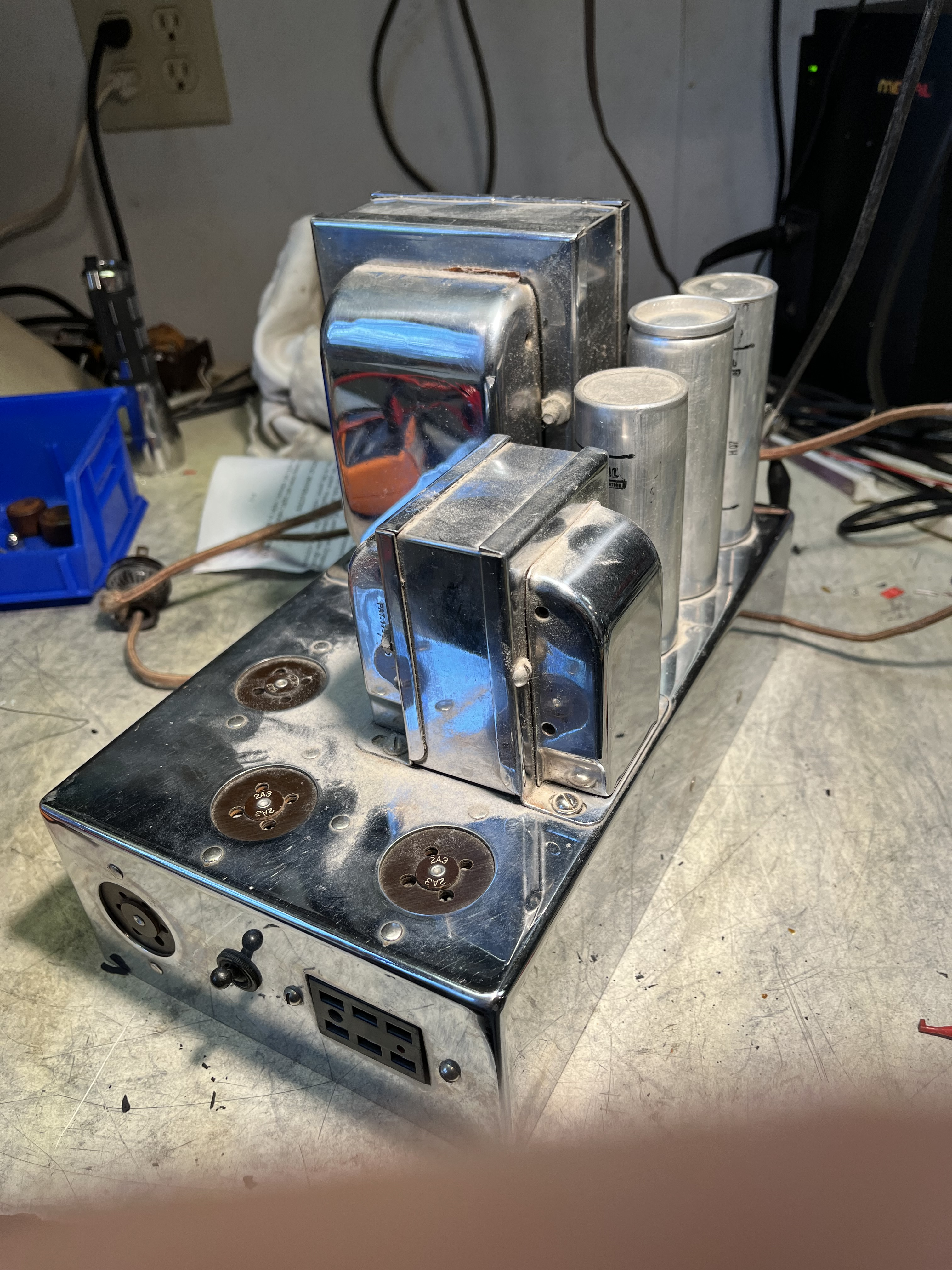 Starting the inspection with the power supply, I immediately found some weirdness.  The photo below shows the underside with an initially mysterious component: 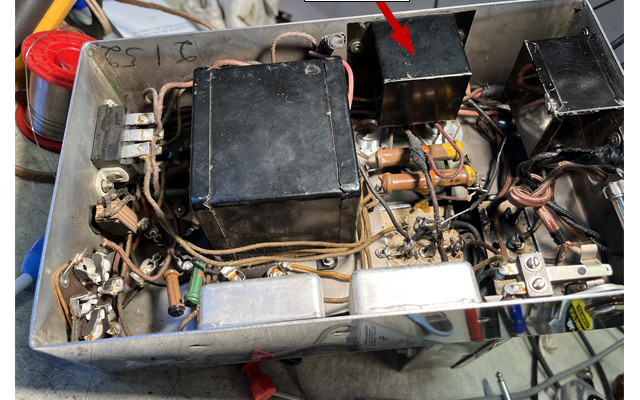 It's difficult to see how this thing is connected into the circuit, but after some head scratching, I finally figure out that this is an 8H center tapped inductor, and that the circuit is this: 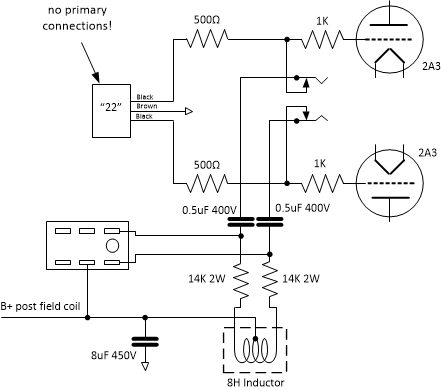 So.. have any of you seen this variation on the AW15?  If so, what's in the "22" box?  Is it just the standard interstage transformer, with primary disconnected?  Is there a source for the AW15 schematics between the "Early" and "Late" versions that might include this variation?

It looks like the driver transformer part 22 went bad, and someone bypassed it with the tapped inductor, the 14k resistors and caps to provide b+ to the driver tube and signal to the output tubes. If you remove the indicated part, you may find clipped leads.
Thom.

Thanks for the reply, Thomas!  I'd wondered if that was the case, and I really should take transformer "22" out and see if the primary leads are still tucked inside... But, the center-tapped inductor is mounted in a little steel box that looks much like the case for the 2uF capacitor, and it's riveted to the chassis with chrome-plated rivets.  So, it *looks* original!  I'm wondering if this was one of the many variations in the All-Wave 15's design, a bit of an experiment with "resistance coupling"..?

Forgot to mention that this receiver is S/N L-402.

Thomas, following up on your suggestion, I took "22" out and examined it closely..   It only has 3 wires emerging from its potted innards, and no sign that any other wires have been trimmed off. 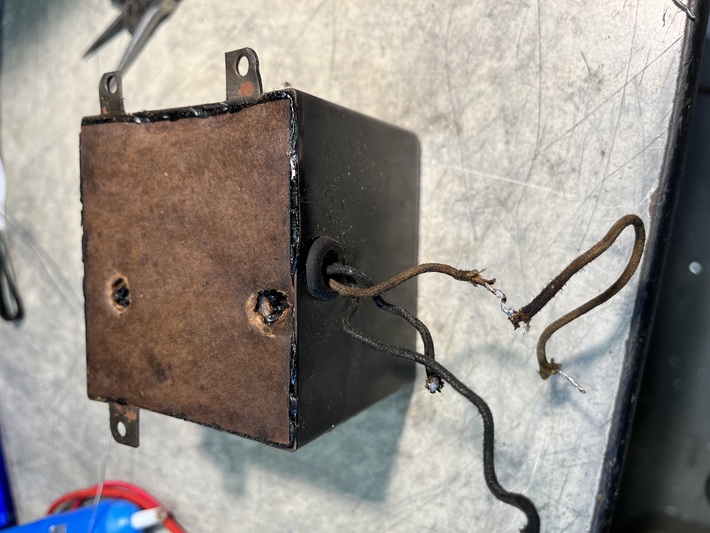 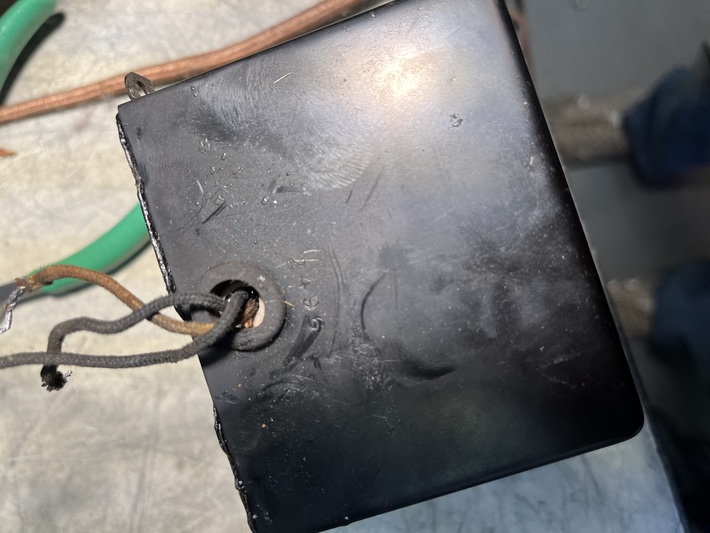 The thing really looks as though it was fabricated this way on purpose at Scott, and I think all the evidence points to this radio just having a different audio driver circuit than either "early" or "late".  Go figure.  FWIW, I measured the inductance and resistance of the one winding:  473Hy @120Hz and 538 ohms, end-to-end.  It's a seriously weird circuit, but it does seem that the Scott engineers had a thing for center-tapped audio chokes..see the circuit for the "hi-fi" version of the audio power amp, with 4 2A3's.

I drew up a schematic for the final amp/ps circuit, after component replacement: