Passing on information that a nice 23 tube Scott with separate amp and power supply will be available at auction on September 25th, via Sargent Auction Service.  The dual tweeters and 12" speaker will be sold as separate items.  The Scott chassis has a stair case panel similar to what I have seen on Napier sets.  There is also a very nice original condition Zenith 1000Z Stratosphere.  Worth the look. …

Hi all, I'm new here, but an EH Scott admirer since I first learned of them, about 32 years ago. I finally acquired my first, and likely my only Scott radio, an Allwave 23, in a Warrington Cabinet. It's missing the color dial "window" only. I have the escutcheon, but would like to find a color window. Have any reproduction windows been made, or does any member have an extra one? Thanks in advance, I'd appreciate any help! Dave Pike

Thanks to Jim Sargent (of Jim Sargent Auctions), I acquired my first Scott, a Phantom Deluxe FM (model BFM, sn ZZ455) receiver and power supply which became available in Lubbock TX where I live.

After making initial repairs so I could make "as found" measurements - I discovered obvious volume changes when I change SELECTIVITY.  Tuned to noise between stations, using SHARP as my 0db volume reference at the output transformer, the noise is +17db louder when switched to MEDIUM,…

Looking to buy a single wood flatted knob for a Scott Phantom. 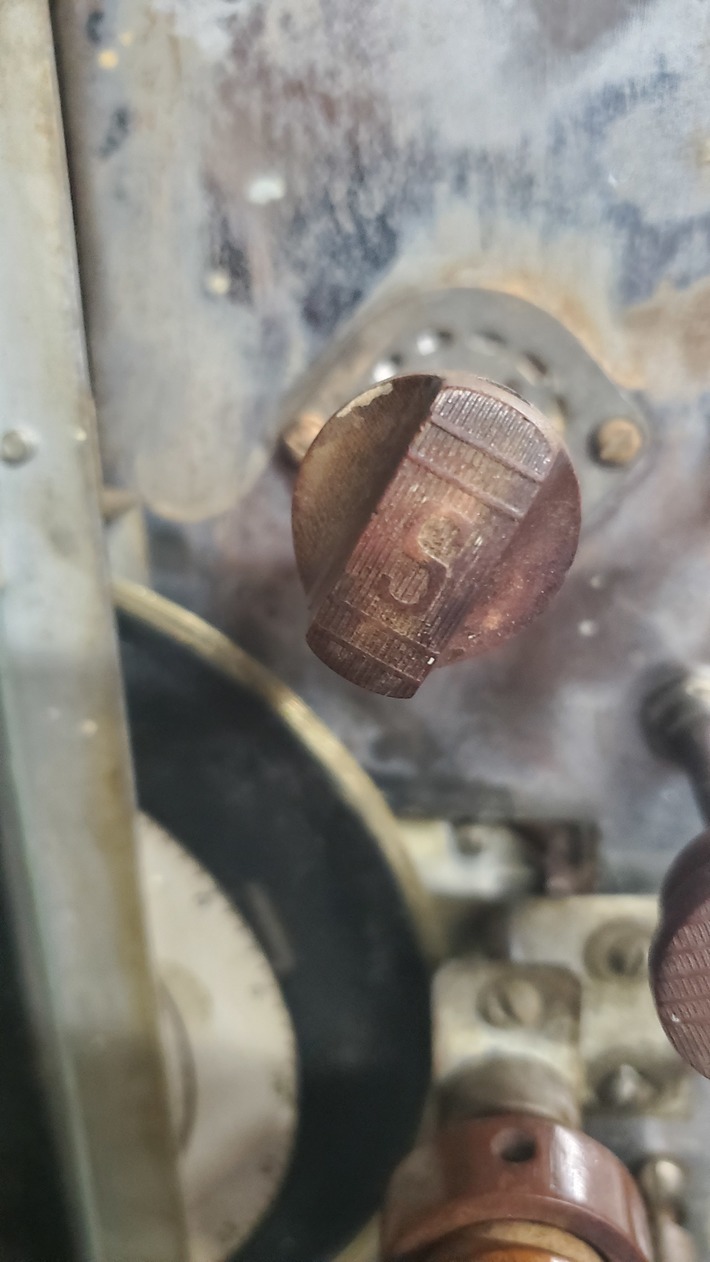 Trying to find grill cloth not having a lot of luck. I see Radiodaze has a diamond pattern one but doesnt look right.

Anyone seen any current source?

Just a quick hello since I got my account active.  Very neat forum.  I have lurked and read a lot here in the past now time to add a bit of info.

More info and photos as soon as I can.

The FM Phantom that wasn't

So this interesting chassis landed here this weekend, thanks to fellow member Dave Poland. He brought me a Phantom Deluxe, but I quickly realized, it was originally supposed to be an FM Phantom. In the first two pictures, note the plugged tube holes and the plugs and extra holes on the side of the chassis.… 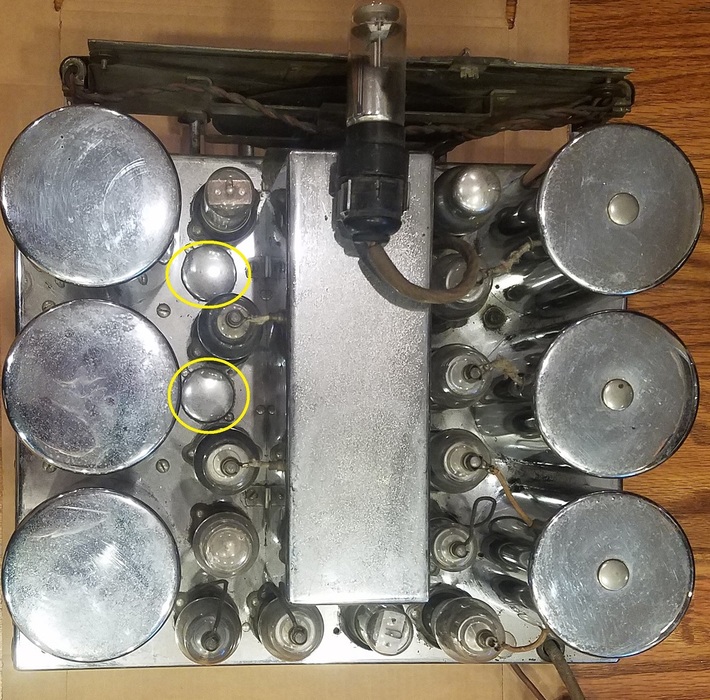 I replaced the grid cap wire on the ifs. Can I leave it a few inches longer and tuck it back in the can (Im using test probe wire its super flexible) or should they be as short as possible.

Also the condenser trimmers on the ifs have a lot of powdery oxidation.  Any suggestions on cleaning? was thinking of alcohol and a flux brush. Or should I just leave it alone?

I'm working on finishing a Masterpiece radio project and I'm trying to round up some missing parts. I'm looking for a set of brass backplates that go behind the knobs for a Phantom or a Masterpiece. Does anyone here have a set of these they are willing to sell?

Today the 800B tuner chassis I bought off eBay for $75 arrived. It seems to have traveled none the worse for wear. I was rather surprised to find that just this tuner weighs as much as my whole SLRM, or seems to just picking it up. I haven't actually weighed it. Now that it has arrived, here are some pictures of it...…

Hello all
I am picking back up on on a project from a while back
I have a Tasman fully populated with tweeters S#N535
An extra tuner,PS and speaker S#Q458
I am rebuilding tuner Q458 first.
Pulled the antenna coil to replace the rotor area wiring.
The inner coil with the 2 fine wires fell out of the tube. It tugged on them a bit but they didnt break.
I put a small piece of painters tape on the sides of the wooden plug and shoved in back in the large coil… Continue

I have these 4 rechromed chassis back together.  The second one from the right is completely done and working.  The one with the 4 original wet electrolytics (right most one) has had new Nichicon's installed inside them and just needs the wiring completed.  The one on the far left had mice go to town on all the wiring in combination with a butcher human working in there, so it will be all rewired from scratch.  The AW23 amp (second from left) required I put 2 amps together to make one nice…

Does anyone know where I can find or who might have an eschuteon and retaining clip for a Philharmonic - early version.  I have the original glass and front faceplate.  Thanks in advance for any help!

Hello All...Anyone out there offer coil winding services or know of someone?

I only have one EH Scott radio that was put together from several Phantom Deluxe radios I acquired.  That said, these radios came with some other parts that I have sold or are selling.  One of the things that came with these radios is a set of knobs.  I have no clue if these are EH Scott knobs, if it is a complete set, what model they were for, etc.  Can someone confirm if these are, or are not Scott knobs?  Thanks much!…

800B Receiver and 16A Metropolitan Receiver - What to do?

I have come to own two E H Scott receivers, and I'm deciding what to do with them.

If there is interest, I am willing to part these out, so that owners of better examples can keep theirs running.

These were Brad Kelly's, you can still find his blog post to see pics. I do not have the 800B amp/IF section.

If you have an interest, please contact me and I will see what I can do to help you out.